If you are using cycling as a training activity with various goals to be attained, then a bicycle speedometer is the best piece of equipment to use for data collection which you can analyze later. This is essential in helping you decide if you are making any progress. They are the best way to keep track of your bicycle speed, distance covered, pedaling speed and many others. More advanced units can tell you all kinds of useful information, such as your revolutions per minute of the cranks, trip distances, pre-planned trip distances, your heart rate, lap time, max speed, average speed, temperature. Many advance units also calculate pacer functions, which lets you know if you’re going faster or slower than your current average speed.

The best of these bicycle computers is that they offer real-time information when riding which makes you aware of your current performance. This will help you adjust your performance accordingly.

Bicycle computers have improved a lot since the early days of cable operated analog speedometers. With today’s technological advancements, these important bicycle accessories come with a wide variety of useful functions. Some of the common features supported are: 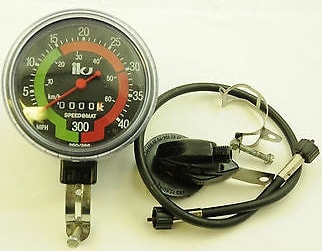 A Technical Entrepreneur with diversified technical and domain experience. A multi-skilled solution / technical architect with more than 15+ years of experience in designing, developing, and deploying architectures and infrastructure for software Products and applications. Possessing a proven ability to lead project teams to successfully deliver agreed-upon solutions of the highest quality, in complex and challenging customer environments. View all posts by Balvvant Singh Bisht

trying to put my thoughts and energy in right prospective. It will be great if people benefit from it.